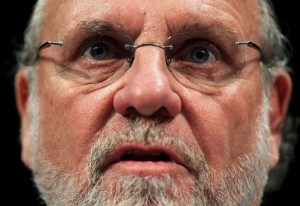 The trustee of bankrupt MF Global Inc. settled a dispute with J.P. Morgan March 19 that will see $546 million returned to customers. Some experts think the settlement helps to return client funds quickly while others think J.P. Morgan got off too easy.

James W. Giddens, Trustee for MF Global Inc. said, “This is a significant milestone in returning assets to former customers … ending what would have been a costly, protracted, and uncertain legal battle.” He also said that the settlement avoids yearlong delays in returning money to customers.

The brokerage MF Global went bankrupt in October 2011 because of an outsized proprietary bet on European sovereign bonds that went sour. Theoretically, this should not have affected customers who traded futures and other securities with the firm.

Their accounts were segregated from the firm’s balance sheet, off-limits to claims by creditors, who pulled the plug on the firm’s funding after learning about the bet personally initiated by CEO Jon Corzine. When Lehman Brothers went bankrupt, client accounts were frozen for a while, but assets were left untouched.

MF Global was the first instance where the firm used client funds to plug the shortfall in funding. The Rolling Stone estimates that $1.6 billion in client funds were illicitly used to satisfy creditor claims to keep the firm afloat for just a little longer.

David Greenberg, president at Greenberg Capital thinks that the settlement does not go far enough in compensating the victims. Many professionals went out of business because they could not trade anymore.

“This money coming back, it’s nice, traders will be happy that they are getting the money back that should never have been frozen to begin with. However, it’s not going to make a difference in their lives right now. … This blew a lot of people out,” he said in an interview.

As for the people responsible, the House of Representatives Committee on Financial Services found that Corzine personally ordered the transfer of the funds, but the New York Times reported in August 2012 that criminal charges were “unlikely.”

Greenberg again thinks that panel hearings and investigations are not enough. He believes that using traders and risk managers at MF Global as witnesses would have been the best route to accumulate evidence.

“Everybody is once again celebrating a settlement which seems to happen a lot in Washington, they are very into settlements, rather than going after the culprits.” Despite multiple ongoing lawsuits, Greenberg does not think there will be a conviction of Corzine or other executives.

“I’ve learnt through experience, the longer it takes, the less likely there will be a charge. … They could have struck when the iron was hot.”

One of the creditors was J.P. Morgan, which also served as the custodian of the brokerage. Investigations by the Commodities and Futures Trading Commission (CFTC), the Securities and Exchange Commission (SEC), and the Justice Department could not definitively resolve where the customers’ money went.

Greenberg is one of the people who believes that some of the money went to J.P. Morgan with the bank’s explicit knowledge.

“I think J.P. Morgan got off easy. … If the government really wanted to go after them I think the settlement would have been much higher and some people would have ended up in jail for their actions,” he says.

John Roe of the Commodity Customer Coalition, an activist group, also thinks the customers’ money went to J.P. Morgan. Contrary to Greenberg, however, he believes that settling was the pragmatic approach that would ultimately save victims time and money.

“[MF Global Inc.] is getting out the most money with the least amount of litigation. Litigation is very expensive,” he said in an interview.

Nonetheless, Roe thinks that neither J.P. Morgan nor Corzine is “out of the woods.” “Whatever the Department of Justice is looking at in terms of sanctions or civil proceedings against J.P. Morgan or Jon Corzine or whomever, that can certainly still go forward,” he said, mentioning a class action lawsuit currently pending against Corzine.

The MF Global trustee is confident that ultimately all of the customer funds will be returned and Roe thinks that customers will get a 100 percent of their money back “sooner rather than later.”

No Need for Speed

Or is it too late? It may be a given that the Wall Street race…

How to Start a Trading Career While in College