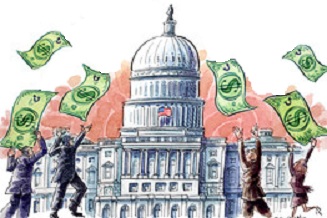 What does the Inauguration and my second wedding have in common?

Positively nothing and that is the issue!!!!!

In my early 20′s, while getting ready to walk down the aisle, there was hope and change for my future. After many years hope of the relationship went out the window and it was time for a change.

My first wedding, like so many others, was one filled with many guests – college roommates, fraternity brothers, old friends, new friends, family, a great band and, of course, the premium bar. 20 years later, during my second wedding, after many years to mature and learn from past mistakes, and with my future brighter that had been before, we simply had my very close friends and our family members around us. We had a piano player, a small dinner, and yes, of course, the premium bar. If anyone wanted to give us a gift, we had them make a donation to Make-A-Wish foundation and we made 2 children’s wish come true and I kept my promise to my friends,

During President Obama’s first Inauguration, the nation and the world was looking for the next chapter in our American history. We were looking for hope and change. Even if you didn’t vote for him, the day was something that we will always remember. You’ll recall where you were while Barack Obama put his hand on the Bible and took the oath of President of the United States. The walk down Pennsylvania Avenue was one of pride for the country, the Inauguration speech was one for the history books, and the parties that evening were some of the biggest and best presidential parties of all times.

The upcoming Inauguration will be President Obama’s second trip down the aisle. Like so many of us, he is now more mature and has more wisdom and a better idea of what his vision is of what lies ahead. This President has openly said he feels the wealthy should be taxed at higher rates and that the middle class should be saved. This President, while asking many people to pay more and to cut back so they can feed their families and pay their mortgages and credit cards, feels entitled to the second walk down the aisle. It is my humble opinion, with unemployment as high as it is, and taking into consideration the fact that millions of people are surviving on food stamps, as well as all the struggles that now face our nation, it would have been prudent for President Obama to simply have a small Inauguration Ceremony in the Oval Office with his family and close friends around.

There are people that will say that the parties that he will stop off at for only a few minutes, which cost almost 40 million dollars, were donated by his generous followers and not by the United States Government. Wouldn’t it have been a kind gesture that instead of all this money going to parties, gowns and limos it had been donated to a cause that would have truly made a difference? Wouldn’t it have been a kind gesture if the President, instead of spending close to 110 million on security and other Inauguration related expenses, allocated the money to a cause to feed the homeless or help children in need? If he made his Inauguration speech in the oval office – as many people watching it on TV’s all throughout the world would have heard it.

It is time that we, as a nation, look at the money we are spending. As I speak with my executive coaching clients on their own wealth management, I let them know that the best way to ensure their kids have the same respect for money, how to save it, and how to spend it wisely, is to lead by example. It is time for our President and other politicians do the same.

$2,000,000,000 spent on the Presidential race!?!?! Add that to all the others congressional races and it adds up to an obscene amount of money. The real question is – What is the real value we are getting for it??

This is not your Grandfathers Gold Market

For years, we have all seen advertisements on TV and in the newspapers telling us…

Trading Tip #8 – Recovering After Getting Your Butt Kicked.