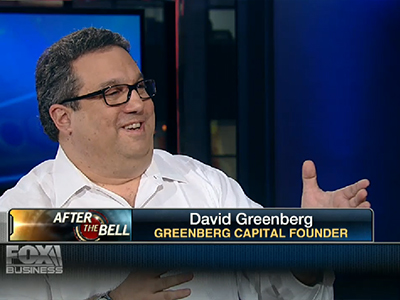 The Street: How The New York Stock Exchange Glitch Wounded an American Icon

NEW YORK (TheStreet) — What we learned Wednesday when the markets were barely fazed by a three-hour shutdown of the New York Stock Exchange felt a lot like Dorothy Gale’s discovery that the Great and Powerful Oz was really just a carnival showman standing behind a curtain.

The New York Stock Exchange is the original business behind the Wall Street brand, synonymous with American capitalism and financial prowess. Pictures of the havoc there during the Black Thursday crash in 1929 and the Black Monday crash in 1987 have become history book staples. Last year, it was the global leader in initial public offerings, or IPOs, for the fourth straight time, raising $70.3 billion, according to a regulatory filing.

So when it shut down at 11:32 a.m. Wednesday, “Breaking News” alerts flashed across financial news channels, and newspapers and Web sites trotted out the banner type. But U.S. markets kept functioning with only minimal disruption. The trading floor, as usual, was largely empty. The crowds were outside, and they were mostly tourists, accompanied by a brief surge in TV reporters.

It should have mattered more. A decade or two ago, it would have. That it didn’t shows the gap between the symbolic importance of the building at the corner of Wall and Broad streets and its actual place in markets dominated by electronic platforms and algorithm-based trading.

By the time the exchange fully reopened at 3:10 pm, that place was all too evident..

For the three preceding hours, trades that might otherwise have been routed through the NYSE were instead sent to one of 10 other public exchanges or 50 private exchanges, also known as dark pools. Traders, some of whom were on the NYSE floor during the outage, found other ways to go about their business. Those based outside of New York, such as Michael Antonelli, a sales trader at Robert W. Baird, barely noticed the outage.

“Dark pools are just one example of other places to execute stock,” he said in an interview. Others are the BATS Global Markets exchanges, the New York Stock Exchange’s Arca platform, which was unaffected, and the Nasdaq Stock Market.

On Wednesday, they helped. “Instead of routing to the NYSE, I can route to a dark pool and look for liquidity,” Antonelli said.

Indeed, the NYSE accounts for only about 20% of the public trading volume today, according to BATS, as compared with nearly 80% almost 20 years ago. Wednesday’s NYSE volume was in line with previous days as the system was up and running for the 4 p.m. market close — which is typically one of the highest-volume trading times.

That explains why a trading floor once packed with people jockeying for position and relying on elaborate hand signals to communicate now serves more as an elaborate television set.

“It is the biggest stage in the world,” former NYSE marketing chief Marissa Ricciadi said in a 2013 interview. “The venue itself is both the financial news epicenter as well as a TV studio.”

And that calls into question the importance of the NYSE’s often-lauded human touch.

“It’s hard to say that 25% of all NYSE trading is done on the floor,” said David Greenberg a former NYMEX board member and president of Schaeffer Greenberg Advisors. “While it might be on the floor, I would assume that 24%of the 25% is traded electronically on their pads and could be done from anywhere.”

The shutdown also calls into question how much the exchange learned from the its two-day shutdown when Tropical Storm Sandy struck New York three years ago, flooding large swaths of the Financial District and leaving lower Manhattan without electrical power.

Exchange officials made improvements throughout the following year and said in the fall of 2013 that their contingency plans were more robust than ever.

For comparison, the U.S. government requires its agencies to implement a Continuity of Operations Plan (COOP) to ensure essential functions continue under a range of circumstances, including disaster and cyber-attacks.

Such procedures were voluntary previously, and the financial markets essentially implemented their own “business continuity” plan by instituting multiple trading platforms.

In a detailed statement Thursday, the New York Stock Exchange, purchased two years ago by Intercontinental Exchange Inc., blamed the shutdown on the rollout of a new software release that led to gaps in electronic communication. Customers began reporting issues as early as 7 a.m., and when modifications failed to resolve them, officials decided to suspend trading altogether.

Marissa Arnold, a spokeswoman, declined to comment on why the exchange didn’t have systems in place to prevent the interruption.

“This seems like something they should have had a more coherent plan for because it should not have been hard for them to roll everything back,” said Justin Cappos, New York University assistant professor of security, operating systems and networks. “They should have a mechanism for doing this in less than 3.5 to 4 hours.”

Running the equivalent of a fire drill on the rollout beforehand “would have probably saved them many hours of outage time,” he said. “It’s very possible that they did test it, but when they did test it, they didn’t test it thoroughly enough to uncover this situation.”

“NYMEX learned many years ago the dangers of a mid-week roll out of new technology,” he said. The exchange “should have known better, and this is no excuse for a major exchange to be down for over three hours without having the ability to switch to a back up system within minutes.

“This halt along with the inability of the NYSE to open after Hurricane Sandy placed a major dent into their brand. This showed once again the NYSE has become less relevant.”

Former chairman and CEO of MF Global Jon Corzine testifies Dec. 15, 2011, during a…

ICE vs. NYSE – Is It time to turn the lights off on the trading floor?

ICE vs. NYSE As a former Board member of the New York Mercantile exchange, and…

Trading Rule #1 – Leave your ego at the door

As President of Sterling Commodities, part of our risk management for the Clearinghouse was to…